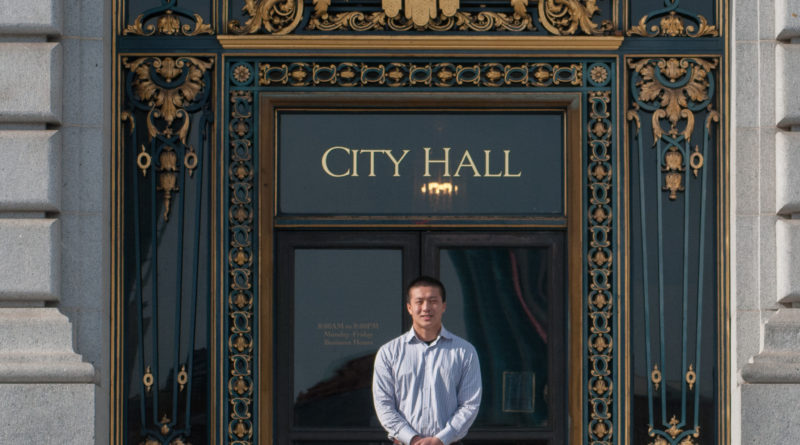 City hall legislative aide Alan Wong was surrounded by a crowd of about 40 supporters including City College faculty and current and former elected officials when he announced his candidacy for the City College Board of Trustees on Jan. 15.

Wong, 32, has strong personal connections to City College. He attended City College as a teenager and the classes he took contributed to him graduating from UC San Diego at age 19. His father took culinary classes at City College and worked as a hotel cook for two decades. His mother took English as a second language (ESL) classes, and Wong said “her world had broadened” as a result of those classes.

Now, as a legislative aide to Supervisor Gordon Mar, he has worked on bringing new City College classes to the Sunset District, making the Free City program permanent and securing long-term funding for the college. Mar spoke highly of that work and said Wong would bring his “commitment and dedication to public service, and to public education in our city,” to the role.

Trustees Thea Selby, John Rizzo, and Ivy Lee were present for the announcement, with Lee giving a short speech in support of Wong. “More than anything else, Alan has shown a real understanding and a commitment that City College remains a community college,” she said.

Wong said he was “excited and terrified at the same time” to be running for the board, and framed the campaign as a continuation of his prior work in support of City College.“I’m running for college board to continue my mission to help working immigrant families like my own,” he said.

A Department of Elections official said that Wong is the first person to file to run for the Board and that four trustees’ seats are up for election this year: Alex Randolph, Ivy Lee, Shanell Williams, and Tom Temprano.