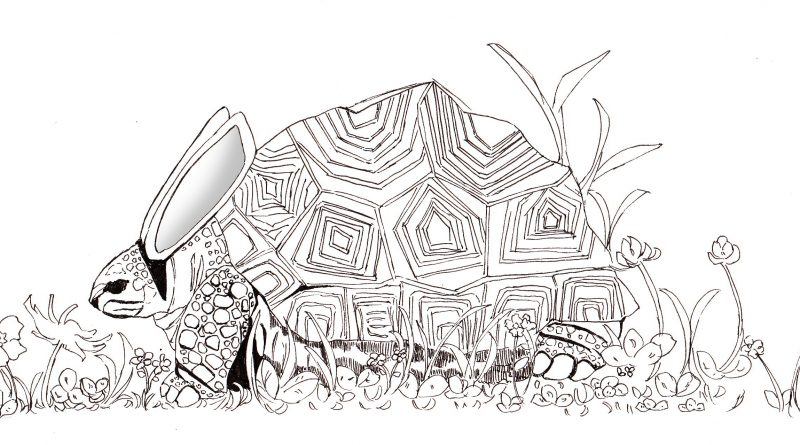 Above illustration by Lucy Yu

Journalism still has its believers, despite the distrust that surrounds it. Flippancy is a common problem people have with the field; journalists don’t report “like they should.”

I believe I am doing a decent job. I’ve stayed for hours at a time in unfamiliar surroundings jotting down quotes and notes.

I know when and when not to inject personal commentary. It’s all part of journalistic writing, and despite The Guardsman’s constant promise of publication, I don’t expect people to read or appreciate my work.

But when collaborative writing with others is possible, I commit. As The Guardsman’s current opinion editor, I’ve been exposed to many opinions and reached out to receive them.

When Colin Kaepernick’s protest caused an explosion in the Twittersphere, I sought Mr. Tarik Farrar’s opinion not only because my advisor Juan Gonzales mentioned him. Mr. Farrar is also the former head of the African American Studies department at City College.

Mr. Farrar initially submitted a 3-page draft, then a revised 3-page draft. Both contained the cultural history Mr. Farrar is so familiar with and diction that would give the folks who assemble the SAT ideas.

For the record, I wanted to retain his use of the word “temerity” because it’s a great word. However, journalism at large (or anywhere, really) does not smile upon 50-cent words.

Juan and my colleagues have always said to keep writing simple and short. I’m short, not simple; Mr. Farrar’s voice, academic or not, should not be watered down.

Hence, I copy edited while considering his thoughts. Three revisional drafts later, his op-ed was printed.

Mr. Farrar visited me twice since then: once to ensure I saw his revised draft and a second time to thank me for improving his piece’s readability. He felt disappointed that no one had sent him negative emails yet.

I told him I hoped no one ever will, remembering how some of The Guardsman staff butted heads with other faculty members for their articles. But for his sake I retract my statement; he deserves feedback or a good laugh with someone.

I certainly received both, with more than a someone. On Sept. 31 I spoke before a class out of my own volition.

It began as an unusually suspect string of student emails between Sept. 6-7 regarding my editorial “Why we should assess avocado ardency.” I joked to my colleague that a City College ESL instructor was telling his students to read it for homework.

And so he was. Mr. Victor Turks appreciated my piece enough to introduce The Guardsman to his class and have them take notes. When he invited me to offer them advice on improving their English, I accepted.

I wanted to understand who my readers were and possibly be helpful. They looked familiar, in that many of them were young adults who had attentiveness in their eyes; even the ones that weren’t still felt like peers.

I nervously introduced myself and The Guardsman as a bi-weekly student publication then answered questions. Some were expected: Why journalism? How do you write articles? What is journalism to you?

I gave separate answers, but it boils down to expressing a story through my own voice. I never liked how my shaky corporeal voice couldn’t express what my more capable inner voice could.

I told them the importance of writing whenever they could to develop their own voices and to try carrying around a notebook; revelations can be slippery. The smaller the notebook the better, as my own reporter’s notebook fits into clothing pockets for convenience.

That Friday presentation, however imperfect, was loud for someone like me who prefers the sidelines. I remembered my friend Shannon’s words: “Do something that scares you.”

Ouida, the subject of my previous feature story, admirably scared herself for self-improvement when she posed for Mess Magazine to rid herself of some camera shyness.

Actions speak louder, but I still believe in the power of words. To me, there is no such thing as beyond words.

Mr. Turks’ class was a reminder. When his student Andy thought I was in my 30s or 40s based on my writing, I was entertained and flattered.

When Lina expressed her struggles with writing essays, I understood. When Joyce hoped I would have a worderful life and not a wonderful one in a thank-you card from the class, it was the most appropriate spelling error I’ve ever seen.

Mr. Turks said empathetic writers are like beacons when people are in a dark ocean, not knowing where to go.

May we journalists have worderful lives. Our struggles with words can become our triumphs, or yours.