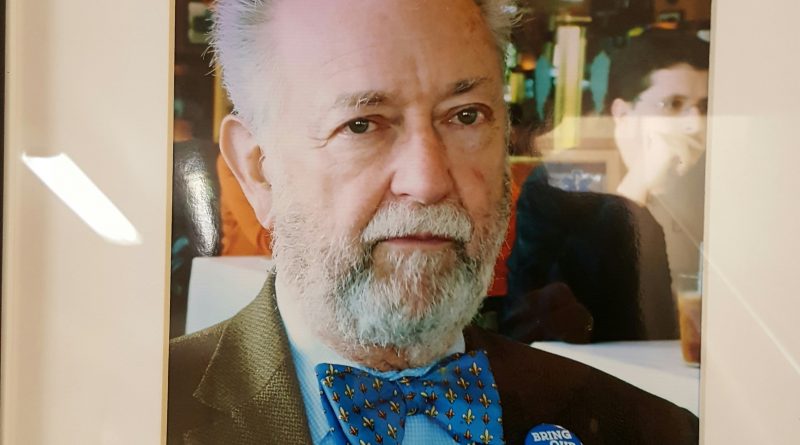 After his retirement from City College, the prolific Democrat was an active member of the American Federation of Teachers Local 2121 (AFT 2121) for more than 30 years. He also served as a delegate on the San Francisco Labor Council for two decades.

“The ‘Organize, Resist’ print in this t-shirt that I’m wearing today is to honor Ray, who devoted long hours to help the Faculty Union,” said Timothy Killikelly, president of AFT 2121.

Killikelly met Berard in a union meeting and remembers the late president of the City College of San Francisco Academic Senate as a great supporter of teachers and as someone with a genuine interest in helping other faculty members fight for a common cause.

Born and raised in Detroit, Michigan in 1939, Berard moved to San Francisco, where he joined the army and eventually graduated from San Francisco State University with a master’s degree in Vocational Education.

He is unanimously described by his colleagues as generous and a great adviser. City College Music Department Chair Madeline Mueller said, “Most people will remember Ray as a fun, good-spirited co-worker, which he really was. But he had a brilliant mind that made a big difference for the faculty.” Mueller also described Berard’s contribution to City College, “Back in the years, Ray helped me to implement changes in the constitution of the Academic Division. He was paramount in uniting credit and noncredit. Besides, his persuasive ability to ‘sell it’ to the Academic Senate helped the faculty.”

Berard was always present at the end of the year celebration at John Adams Campus and loved a good debate about politics.

In addition to his life at City College, Berard also spent much of his time appreciating San Francisco’s finer culture. Wearing a bow tie and a tuxedo, Berard had a permanent seat at the Opera House, a place he loved to go.