The City College women’s badminton team had a dominating win over Mission College on April 6. The Rams didn’t lose a single game all afternoon, beating Mission by a combined score of 21-0. It was a perfect shutout.

Head coach Monique Calvello was pleased with her team’ performance.

“Today the team played very well,” Calvello said. “We didn’t let up any of our games and we won that 21-0, so I am very proud of the way we played.”

The star for the Rams was without doubt sophomore Rainie Dang. A small but very active player with bright blue hair and a beautiful swing, Dang is a force to behold on the court. In both singles and doubles matches, she overwhelmed her competition and made it look easy at times.

Dang is usually in the Rams second slot, but with star player, Bin Cheng out with injury Dang filled in at the top slot with no problem whatsoever.

“We have a very tough week coming up, we play the number two team in our conference De Anza and also have to go against Skyline. So today was all about preparing for next week,” Calvello said.

With the win, the Rams move to 2-2 overall and our second place in the Coast Conference. 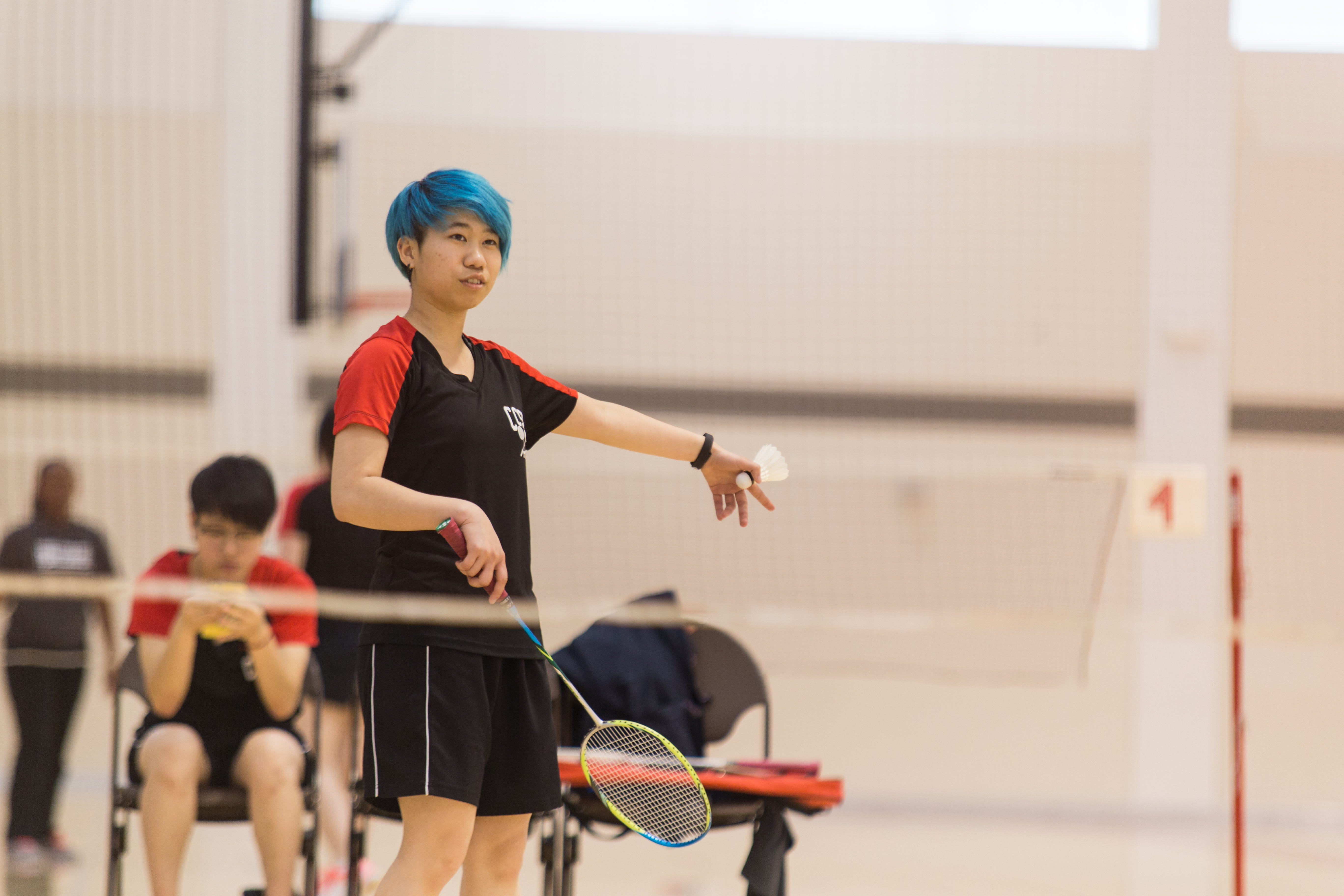