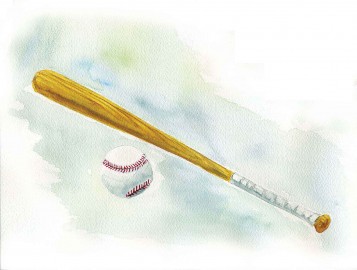 By Dan Harrington
The Guardsman

A new season, and perhaps a new age of fundamentally-sound playing, is here for the women’s softball team.

Last year’s team completed the slate and kept the sport alive for the Rams but didn’t score any wins, and the new team is anxious to get its first win early.

Their first four games will take place on Jan. 25 and Jan. 26., and head coach Jack McGuire is optimistic about their potential.

“Softball, I’d say, has gotten better,” McGuire said. “In other areas they are starting younger. Not so much here [in San Francisco]. The longer you play it, the better you get. In this sport, it’s tough to teach somebody how to play at this level.”

McGuire has a unique perspective on the team, the conference and the athletic picture. He was in charge of the softball program for two years in the 1990s and is now entering the third season of his second run as head coach.

Sophomore Cristina Manjivar may be the most unique player in college softball this year. She’ll get starts at shortstop despite being a left-handed thrower.

“She covers more ground than any other player,” McGuire said of the former Archbishop Mitty and San Jose State outfielder-first baser. “I overruled the normal logic and decided she starts there. She can do the job.”

Sophomore Natalie Viola was pressed into service as the starting pitcher for much of last season.

For her efforts in 2012, Viola was named a second-team all-Coast Conference utility player and will move back to catcher this season, in addition to seeing some time at first and third, where she began last season.

Freshmen Jesyka Erredia, Kaitlin Blando and Alishia Beatty are among first-year player names McGuire has learned how to spell for use on the City College lineup cards. Freshmen Alexis Cortez and Shelby Borofka are anticipated to share the bulk of the pitching duties for the new-look squad.

“We’re going to have the ability to intermix our players and show our versatility, good hands and quickness to the bases,” Uland said, who is also in his third year with the program. “We have terrific double play combinations with depth at third base, short and second base.”

The Rams will need to limit big innings from their opponents in order to stay competitive and take advantage of their speed on defense and the basepaths.

“We’re not real big, but we run pretty well,” McGuire said. “It will be a challenge, but it will be fun. I’m looking forward to it.”

With formidable tasks ahead in state powers Ohlone and San Mateo, and a multitude of solid rosters in conference, the Mission College Tournament will be a good primer.

The Rams have two games each day, on Jan. 25 and Jan. 26. They will take on Santa Rosa Junior College, West Valley, Los Medanos and tournament host Mission College (Santa Clara).