The era of nostalgia is upon us and America is hardcore reminiscing about the good old days. Nowhere is this more apparent than in cinema.

Reboots and live action offerings are bringing back old favorites and introducing younger fans to movies they missed out on like “Red Dawn”, “Point Break”, “The Magnificent Seven” and “Power Rangers.”
For anyone growing up in the 90’s the show “Power Rangers” had it all. A diverse cast, martial arts, a cool group of friends, robot dinosaurs or zords and a great theme song. Power Rangers became one of the most famous and profitable children’s franchises of the era on these virtues.

The rangers were so beloved they went on their own stadium concert tour; a combination stage show that featured choreographed dance fight scenes and cheesy songs characters would randomly break into.
Buzz started building about a new film in 2015 after a fan film directed and co-written by Joseph Kahn starring James Van Der Beek went viral. It was unexpectedly edgy and showed “Power Ranger” fans how well made a new feature length movie could be.

Franchise creator Haim Saban would reward millennials everywhere for their dedication by announcing that a new “Power Rangers” reboot would be released in 2017.
I was at the Los Angeles stadium concert show back in the day and I recently saw the new “Power Rangers” movie. In both cases, they could have been done without.
The film is directed by Dean Israelite never made up its mind whether it wanted to be dark and gritty, or campy and silly.

It opens with a large departure from the original show. Zordon was shown as the first Red Power Ranger.

He had just lost his entire team of rangers trying to defend the Zeo Crystal, a creator and destroyer of worlds, from the Green Power Ranger gone rogue Rita Repulsa played by Elizabeth Banks.

Knowing he’d lose to the Green Ranger, Zordon blew up himself Rita and the power crystals, the ranger’ power source in a final sacrifice.
Fast forward to present day. The tried and tested origin film formula showed the soon to be rangers in their hometown of Angel Grove. Three out of five rangers were introduced as outcasts that find themselves thrown together by fate and their various mishaps into detention a la the movie “The Breakfast Club”.

Indeed they liberally borrowed from “The Breakfast Club.

A series of dubious plot points brought all the rangers together at the site of the film’s opening explosion where they obtained the power crystals through an explosion of their own.
The five new rangers found their way to Zordon and were informed they were the new rangers.

None of them wanted to be rangers and it was apparent that their mentor Zordon didn’t want them to be either.

Fans of the old rangers will almost certainly dislike a cranky, neurotic portrayal of Zordon by Bryan Cranston who was so bent on avenging his dead ranger team he failed to guide or train the new rangers properly.

The movie wasted a perfectly good training montage opportunity.
The Rangers openly mocked Zordon and the Red Ranger, played by newcomer Dacre Montgomery, showed none of the leadership qualities the character is known for. He defied Zordon’s directives and sent the rangers out on a suicide mission that only succeeded in getting the Blue Ranger killed.

In typical Hollywood fashion, the rangers got it together and made up with Zordon who then brought the Blue Ranger back to life. The rangers overcame their fears and they used their zords for the first and only time in the movie to defeat Rita.

Weak writing aside, the movie’s special effects were a visual treat.

If the viewer goes in with the understanding they’ll be watching a fun but not particularly well made movie, it will be enjoyed.

The reboot also deserves praise for being the first iteration to have an LGBTQ and an autistic character.

Overall no one would have missed this movie if it hadn’t been made but having grossed $128 million worldwide and with better than expected reviews, Saban has already announced a seven movie story arc.

Looks like we’ll have a chance not to miss the sequels as well. 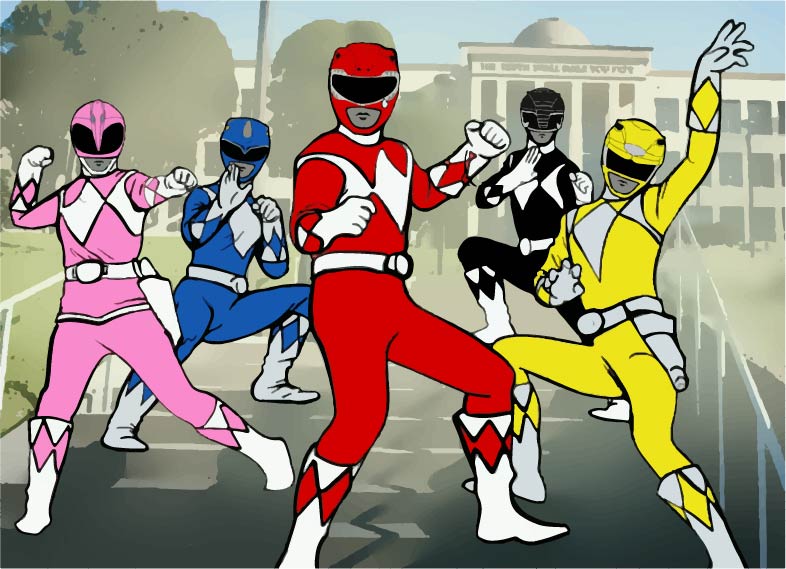