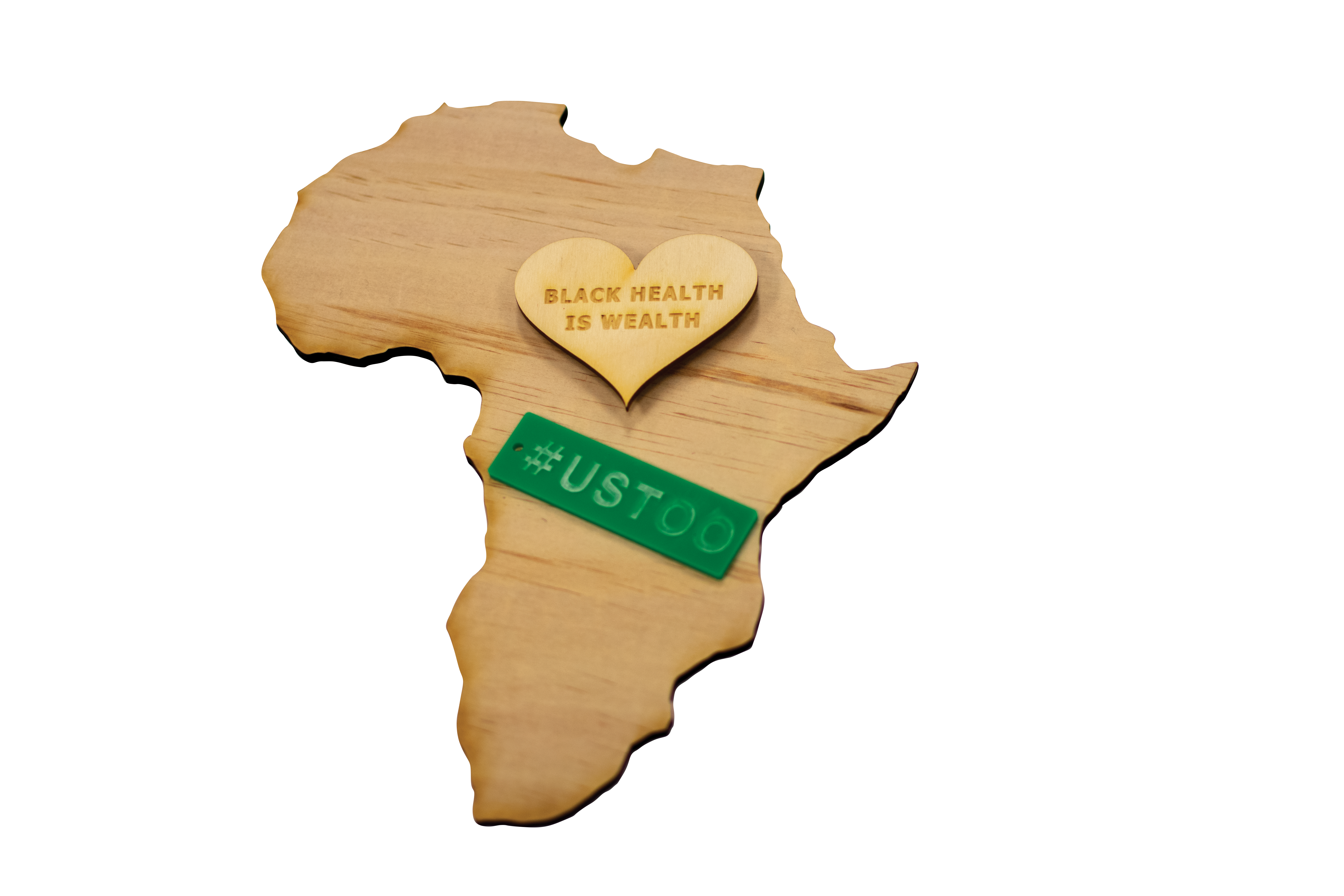 Professor of African American Studies Aliyah Dunn-Salahuddin shared ways to care and love yourself with a room full of students as part of the first “#USTOO” workshop.

Massage, jewelry, painting and essential oils stations were set up within the makerspace of the Rosenberg Library, where students were free to participate in radical self care.

“Simply taking care of your health and wellbeing can become a revolutionary act,” Professor Dunn-Salahuddin said.

Sitting down at the jewelry station mending earrings and bracelets, Dunn-Salahuddin described the therapeutic qualities she received from beading, “an African tradition.”

Introducing the ways of holistic self-care as a radical act was something she wanted to share with and expose all students to.

“It’s good for everyone [radical self-care] – especially Black Women,” said Dunn-Salahuddin, who went on to explain that women of color are under-diagnosed and can carry large societal stress related illnesses.

Mother, LaTasha Mason, and daughter Misha Ellison of Photogenic Salon in Oakland were at the essential oils station helping students choose their own personal mixture of essential oils.

Beyond the delightful fragrances and sensations, Ellison explained the healing effect essential oils have on the bodies lymphatics system which help detox and regulate our immune system.

The hashtag #USTOO has controversial overtones of the underrepresentation of Black Women within the larger #METOO movement, explained Dunn-Salahuddin – a sentiment she agreed with, but saw the subgroup more as “an affirmation and bridge to the #METOO movement.”

The very next evening at the Mission Campus, students and community members gathered at  Mission Campus for a riveting night of dance, poetry and a film screening.

For those not familiar, voguing is a highly stylized, modern house dance that imitates the characteristic poses struck by models on the catwalk, ancient Egyptian Hieroglyphs and the famous model poses of Vogue magazine. Originating in the late 1980s, voguing evolved out of the Harlem ballroom scene of the 1960s where “houses of vogue” were formed within the scene and served as surrogate families, primarily for black and latino youth.

This was a space where “beefs” could be settled non-violently, whereby, individuals could throw “shade” in the form of dance moves, resolving any hard feelings on the dance floor.

Voguing gained mainstream exposure when it was featured in Madonna’s song and video “Vogue”, and when showcased in the 1990 documentary “Paris Is Burning.”

“She [Madonna] definitely didn’t invent it – she ‘capitalized’ it,” Whitfield said, jokingly throwing a little shade at the “Queen of Pop.”

Portions of voguing can be highly choreographed, but much like a jazz piece, the performance is largely improvised and previous performances are never duplicated, Whitfield elaborated.

The five elements: hand performance, catwalk, duckwalk, floor performance, and spins and dips of Voguing are just the basis of the art, Whitfield said. Adding, “I incorporate Afro-Haitian, ballet and jazz dance moves as well.”

The lesson began with a light warm up that soon turned into a lesson of endurance and coordination for most of the group.

For Whitfield, who started the first ever Vogue Institute in San Francisco, voguing is a way of life, “it helped me to figure out who I was and allowed me to come out [as being gay],” he said.  Having the events during AAHM is symbolic of the solidaity between the LGBTQ and Black communities, he added.

Water and snacks were provided, and after a quick break, the group reconvened to listen to original poetry from East Bay native and multiethnic and queer poet Nicholas Vontex Chin.

Chin performed “Rainbow Power Ranger,” a poem near and dear to his heart, explaining that when shared with his late mother she recognized that he had a special talent and calling.

Keeping with the momentum, Chin’s performance was followed by a screening of “Screaming Queens: The Riot At Compton’s Cafeteria,” a film about the little-known, first transgender riot in Tenderloin District, marking the first transgender activism in San Francisco during the summer of ‘69.

The film was chosen to show the correlation between the transgender/queer and African American struggles in the late 1960’s.

Much of the organization of the transgender movement was modeled from the Black Panther Party, taking a much more militant approach to resisting systematic oppression, Dunn-Salahuddin imparted.

In the following weeks, there will be several other events being held throughout City College to conclude AAHM. On Wednesday Feb. 27, the Interdisciplinary Studies Department and Women’s Studies will be hosting an event, with performances by poetry and jazz group, Avotjca and Modupue. For more information visit  the African American Studies Departments website.