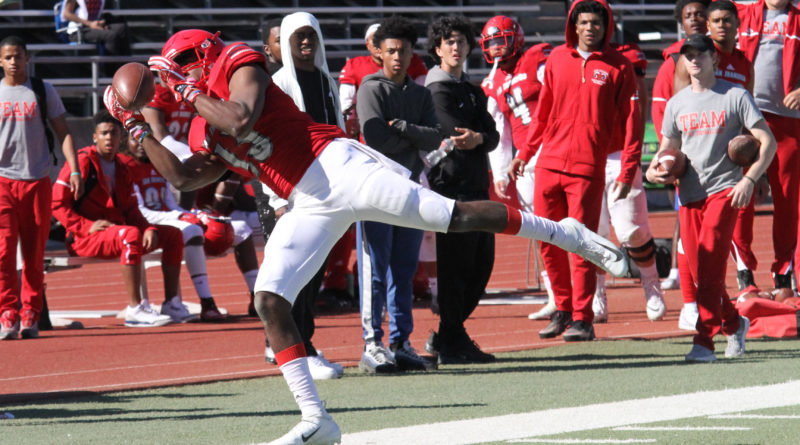 The City College of San Francisco Rams football team put on an absolute clinic Saturday afternoon, October 5, obliterating the College of The Siskiyous Eagles 73-7 during their first annual homecoming game.

After an early three and out, the Rams offense took advantage of a muffed punt by the Eagles and reeled off seven unanswered touchdowns to go up 49-0 with 4:43 left in the second quarter.

Equally impressive was the Rams defense, recovering three fumbles, one of which was returned for a touchdown by Freshman defensive back Trenton Holloway, of Fresno, CA. They shutout the Eagles until the 33 second mark of the second quarter.

With victory in hand, City College’s reserve players continued dominating the Eagles, shutting them out in the second half, and securing the 73-7 win.

Head Coach Jimmy Collins was full of optimism after the game, and excited to carry the team’s momentum forward. “Our defense is playing really good football and our offense is finding its stride. We’re growing every week and playing better ball than the week before,” Collins said.

Collins’ starting quarterback echoed his coach’s confidence and ambition heading into the rest of the season. When asked what his goal is for the rest of the season Bullock said, “National Championship. I just want the ring, I really want it. I think this whole team does and the coaching staff does.”

The Rams will carry a 4-1 record across the bay to Laney College in Oakland on Friday night, October 18, as they kickoff their conference schedule. The next home game is on October 26 against the Diablo Valley College Vikings. Please come out and support the team!